a review by Norman Berdichevsky (January 2015) 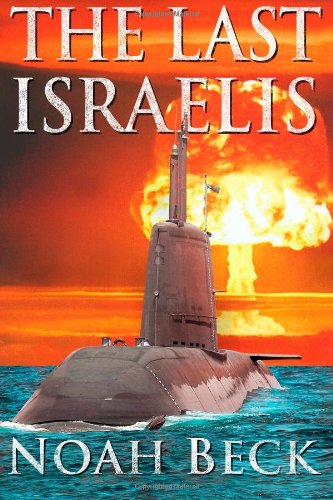 The Last Israelis: an Apocalyptic Military Thriller about an Israeli Submarine and a Nuclear Iran
by Noah Beck (CreateSpace Independent Publishing Platform; 2 edition)
May 6, 2013, 271 pp.

(and a Prologue/Epilogue to the Novel)  more>>>

Neither the late Katrina Dawson, 38, mother of three and a rising star in the Sydney bar or regular patrons thought anything out of the ordinary having a morning coffee at the Lindt Café in Martin Place, the heart of the city’s business and financial district. Neither did the other patrons, whether they were regulars, Christmas shoppers or tourists. At 9:42AM Monday, December 16, 2014 a bearded man wearing a head band with an Arabic inscription, clothed in a long white tee shirt entered carrying a blue bag causing terror. He extracted from the bag a pump shot gun and a Hizb ut-Tahrir black flag with the white inscription of the Islamic Shahada, "There is no god but God, Muhammad is the messenger of God."   more>>>

Comments (3) | Submit Your Comment
Posted on 12/31/2014 9:01 AM by NER
Permanent Link   |   Email Article   |   Print   |   Back to Top
Understanding America’s Disturbed Politics: Progressive Means Reactionary
by Eric Rozenman (January 2015) A potent, double-barreled contradiction undermines American politics. If the beginning of wisdom is to call things
Why "Palestine" Would Be a Dangerous Legal Fiction
by Louis René Beres (January 2015) Many legal and practical problems are associated with the impending Palestinian "final demand" for statehood.

China’s Islamist Separatist Threat: An Interview with Dr. Harold Rhode
by Jerry Gordon (January 2015) When Islam swept along the ancient Silk Road a millennium ago, it found new adherents in what is now the People’s
The Armenian Genocide as Jihad
by Richard L. Rubenstein (January 2015) There is a 1919 silent film about the Armenian genocide, “Ravished Armenia,” originally produced in Hollywood

Flying High
by Theodore Dalrymple (January 2015) Just over twelve years ago, I was waiting outside a court to give my evidence in a case of murder. There was
The Sound of Fire
by G. Murphy Donovan (January 2015) “I don’t describe the future. I try to prevent it.” – RB Ray Bradbury (1920-2012) is best known for science

Doing What We Do and Saying What We Say
Heidegger, Wittgenstein and servility by David Wemyss (January 2014) In his early masterpiece, Being and Time, Heidegger begins by introducing
On the Need for an Avant-Garde in Strategic Studies
by Louis René Beres (January 2015) Theory is a net. Only those who cast will catch. In an important work of contemporary philosophy and social

Lunch Conquers All, Part 1
by Theodore Dalrymple (January 2015) Men who bestride their academic disciplines and institutions like colossi are soon forgotten, in part because
Dr. Denis MacEoin: What The Muslim True Believers Have Destroyed In The Middle East
The list of sites -- Jewish, Christian, Muslim -- reduced to rubble, by the True Believers of the Islamic Stateand by other Muslims too (such as the Qaddafy

Former Mufti Ali Gomaa: Jews Planting Gharqad Trees In A Vain Attempt To Save Themselves
According to the "authentic" Hadith compilation of Muslim (Sahih Muslim), on Judgment Day the Muslims will kill all the Jews, who will of course try to
A Musical Interlude: Put A Lid On It (Squirrel Nut Zippers)
Listen here.

Daniel Mael, Brandeis, And The Lawfare Project
From the site change.org: Brandeis: Ensure Daniel Mael's Safety and Free Speech... by Coalition for a Safe Brandeis · 2,727 supporters   Petition
EDL to protest outside Luton Islamic Centre conference
From Luton Today Luton Islamic Centre is staging ‘Return of Khilafah and Jihad- the correct understanding’ from today until Friday at Venue Central